Reinventing growth for Europe: Time for a paradigm shift

This article is part of the Think 2030 report originally published in November 2018. The report  is based on the work of more than 100 leading policy experts from European think tanks, civil society, the private sector and local authorities.

Europe’s ability to maintain and enhance its prosperity for generations to come requires a hard look at the nature of growth and the changes that would be required to achieve sustainability in line with the SDGs.

A return to economic growth in Europe has been a major focus of the outgoing Junker Commission. This strategy – alongside that of member states – has achieved some results. GDP per capita in Europe recovered its pre-financial crisis level in 2014. The employment rate has increased by 1.1% annually since 2012 and the 2020 employment target of 75% will be achieved if the current growth rate of employment is maintained.

However, Europe’s modest growth does not appear to be sustainable over the long term – economically, socially or environmentally.

Not everyone has benefited from European growth in the same way. While economic disparity between European countries has decreased in the past 5 years – albeit at a slower pace than during pre-crisis levels – the income share of the bottom 40% of the population has decreased from 21.5% in 2005 to 20.9% in 2016.

The poor have become poorer over time, as illustrated by the growing distance between the median income level of people living below the poverty line and the poverty line itself. Beyond legitimate concerns over social justice, a continuation of these trends to 2050 is likely to be detrimental to one’s growth potential.

Looking towards 2050, OECD countries are likely to see declines in the rate of economic growth as a result of aging. The EU-28’s population is projected to increase to a peak of 528.6 million around 2050. In the coming decades, the high number of ’baby boomers’ and ‘Generation X’ will swell the number of elderly people. A key additional factor is an increasing burden of care. The inactive population due to caring responsibilities is already increasing in Europe, with women taking a disproportionate share of this burden.

While growth has been accompanied by a decrease in domestic material consumption, reflecting a shift of Europe’s economy towards services, there is no absolute decoupling of growth when one takes into account the net material use embedded in trade. In spite of a decade of debates on green growth, Europe is still relying on exploitation of finite resources to fuel its economic prosperity.

Finally, a variety of shocks along the way are likely to continue to occur (natural disasters, debt crisis, interest rate volatility, stock markets, trade tensions). Macroeconomic policies should also factor in the impact on growth of large scale environmentally-related shocks:

Climate change is expected to wipe out $4.2tn off the value of the world’s current stock of manageable assets by 2100 (on average), a value equivalent to Japan’s GDP. Likely losses would be much higher in more extreme ‘outlier scenarios’, with losses of up $13.8tn – 10% of the current value of the world’s financially manageable assets – in the case of 6°C of warming.

While all the above clearly poses a formidable challenge to a business-as-usual growth model, moving to greater sustainability can also be seen as an economic opportunity, which Europe must seize.

The global market for low carbon goods and services, already worth $5.5tn in 2011-12, is rapidly growing. In this burgeoning global marketplace, ambitious policy in the EU can create a first mover advantage, building on existing European strengths to drive domestic development in the low carbon and circular technologies, expertise and services that other countries will rely on to deliver their Nationally Determined Contributions (NDCs) under the Paris Agreement and SDGs.

Many of the jobs being created within the low carbon economy are in regions and sectors that have seen decades of underinvestment.

Growing the low carbon and resilient economy has the potential to deliver higher quality of life to citizens across Europe not only through jobs growth, but also improved air quality, resilience to natural disasters, and greater physical and mental wellbeing associated with quality, green spaces.

As the Commission noted in its Sustainable Finance Action Plan, the 2030 Climate & Energy Package faces an annual investment gap of almost €180bn and the EIB estimates the overall investment gap in transport, energy and resource management infrastructure at an annual €270bn.

To ensure enough private finance is dedicated to sustainability requires seeing through the implementation of the current Sustainable Finance action plan and going beyond—as the plan is solely focused on climate change, will be critical. Much work needs to be done to understand the role that private finance could play in other sectors and on other issues, such as biodiversity or the food system.

Moreover, raising funds on such scale has implications for macroeconomic and monetary policies. Research conducted during the last economic crisis by Ernst and Young established a clear link between austerity and widening climate public funding gaps in several OECD countries. Mechanisms to ring fence transition funding should therefore be explored to protect the transition from the effects of another financial crisis, which is probably a given over the next time period. Guarding against too abrupt a rise in interest rates would be also key.

Financing the transition also has major budgetary and fiscal implications: A clear link to the EU Long Term Climate Change Strategy, based on a whole-economy vision of net zero emissions by 2050, would help to identify the sectors, and technologies, where progress is currently too slow, and where early deployment of new technologies and new ideas is needed in order to accelerate learning effects, and bring down the cost of the transition from fossil fuels to low-carbon economy. 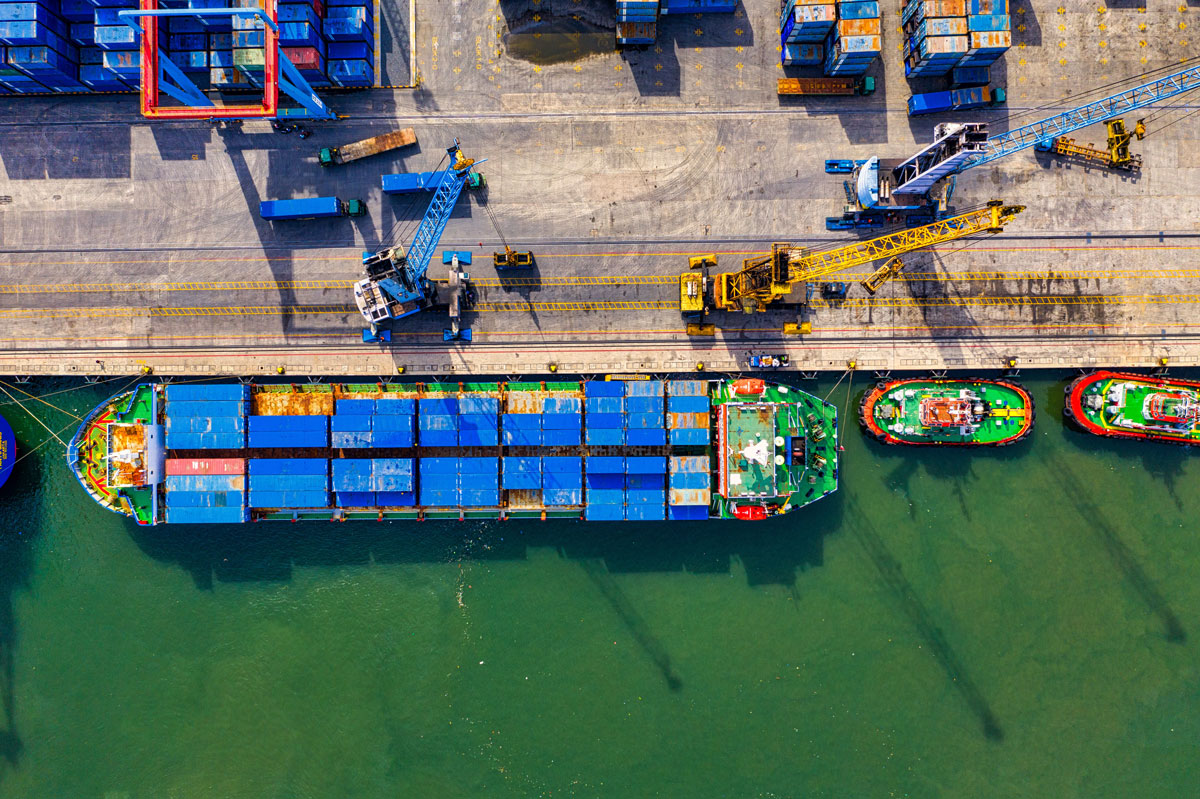 In addition to creating the right enabling macroeconomic and financial framework at EU level to reach 2030 and beyond, key thematic and sectoral policies need a major rethink as they are not delivering change on the scale and at the speed required to build prosperous and sustainable industries and services in Europe.

This requires integrating other dimensions than climate change and energy, as the changes required need to address multiple challenges and affect all sectors of the economy.

The EU’s current climate ambition to 2050 is not aligned with its international commitment to the Paris Agreement. The Paris Agreement establishes the additional goal of net zero global emissions by the second half of the century, which the EU should reach sooner to provide a fair contribution, in line with its own responsibility and capacity.

The existing 2050 roadmap, drafted by the European Commission in 2011 used a pathway in which the EU reduces its GHG emissions by 80% to 2050. This target is now out of date. The distinction is key: the technological and societal choices implied by aiming for -80% or -95% and net zero as end-points can be very different – and so is the actual accumulated carbon balance emitted over time.

Moreover, the EU is not on track to meet its existing 2030 targets – let alone its 2050 ambition. According to the EEA, Member States project the pace of current GHG reductions to slow down beyond 2020, meaning reductions that would occur based on current policies would fail to meet the 40% reduction target by 2030.

Meeting the existing 2030 target would require increasing the pace of GHG reductions to 2030, and increasing it even further to enable the EU to reach GHG neutrality by 2050.

The EU thus needs to double down on both the 2030 emission milestone towards 2050 and the policies required to get there. Incremental change will not be sufficient.

The impact of climate change is felt already and will increase over time, so more systematic investment in adaptation should not be delayed.

Up to now the position adopted within the EU has been largely expecting private actors to move in their own interest. Less weight has been given to the need to link preparedness more closely to wider social and environmental priorities, such as water conservation.

After a hot summer and costly compensation payments to farmers in some countries following reduced yields, the benefits of more proactive adaptation may be clearer. There could be a co-ordinated effort to model climate impacts at regional, national and occasionally local levels and draw up plans for potentially extreme weather events and climate conditions.

The Circular Economy Action Plan (CEAP), adopted by the Commission on 2 December 2015, provides a good basis, from which to build on. So far, the EU policies on the circular economy have a strong focus on increasing recycling rates, reducing landfill and creating secondary markets for materials. This is echoed in existing Member State policies.

On their own, however, these measures are insufficient to result in a paradigm shift in resource use – or indeed prevent a rebound effect where net productivity gains are lost in growing consumption overall. The goal of the circular economy should be to reduce the consumption of resources and the production of waste in absolute terms.

8,300 million metric tonnes (Mt) of virgin plastics have been produced globally to date. Annual global production of plastics has increased twentyfold since the 1960s, reached 322 million tonnes in 2015, and is predicted to double again over the next 20 years.

In Europe, the largest use of plastics is for packaging, which accounted for almost 40% of the 49 Mt of plastics demand in 2015 (around 42% globally). This is followed by building and construction related applications (almost 20%), automotive applications (around 9%) and electronics (almost 6%). According to estimates, the scale of plastic waste which entered the global marine environment ranged between 4 and 12 million Mt in 2010.

Some aspects of EU plastics related policy can be considered as having a reasonable or even high degree of ambition towards achieving more sustainable plastic use. However, in other areas higher levels of ambition can be seen at the global, Member State or industry level. For this reason, it is crucial to ensure that the existing levels of ambition are not diluted, but strengthened, especially since the EU wants to take a leading global role on the issue.

The agri-food system needs to play a central role in the transition to sustainability, contributing to protect Europe’s natural capital, achieving better nutritional status for the European population alongside providing an affordable food supply.

This is a field where EU policy has considerable reach and influence not only through the Common Agricultural Policy, but also via the development of the circular and bio-economies, food labelling, trade relations, research funding and other interventions. Now that the proposals for the next Multiannual Financial Framework are on the table it is important to give the food system in its broadest sense due prominence in the preparations for 2030 and setting a pathway for 2050.

Many experts are therefore expressing the need for a transition, taking the whole food system on a journey over decades to a position where it is compatible with global limits, improved public health, economically and socially viable farming systems, acceptable technological choices and fair-trading arrangements. Progressive food companies, such as Unilever, talk the same language.

Achieving global and EU mitigation targets by 2050 will require large scale carbon sequestration on land occupied primarily by agriculture and forestry as well as a significant reduction in emissions from the agriculture sector. Reaching other environmental targets will also require significant changes, including: