News > Think 2030 in Stockholm – evidence-based sustainability dialogues ahead of the European elections
Monday, 13 May 2019, 10:35

On May 2nd, IEEP organised a seminar at the EU representation in Stockholm, together with Stockholm Environment Institute (SEI), Mistra and IVL, to discuss the role of the next European Parliament in achieving a sustainable Europe 2030.

- Targets and commitments are critical, but we also need to focus on how we will reach net zero and not only with respect to transport and energy, said IEEP’s Mia Pantzar, who provided an introductory address to the seminar and a presentation about the role of the European Parliament in EU environmental policy and key policy challenges and developments during the next term.

The seminar focussed on sustainable consumption, circular economy and plastics, and consisted of two parts. During the first session, scientific experts presented their work in relation to these themes and discussed key recommendations for EU action together with representatives from progressive business and NGOs. This was followed by a panel session with Swedish MEP candidates from seven different political parties who were asked to reflect on the recommendations made and clarify how they intend to act on these issues during their time in Parliament if elected.

This year’s European elections and the appointment of the next European Commission come at a crucial time. The gap is closing quickly on our chances to, for instance, address climate change and halt the loss of biodiversity. In Europe, a majority of national environmental policies and sectoral policies affecting the environment are governed jointly at EU level as these are cross-border issues that cannot be solved by individual Member States. The new EU decision-makers will set the level of ambition on these issues both within the Union and for the EU as a global player for several years to come, for instance through the next Multiannual Financial Framework (MFF), a potential 8th Environment Action Programme, and the future of EU implementation of the UN Sustainable Development Goals (SDGs). The political priorities in Brussels and Strasbourg during the next term can, therefore, have far-reaching consequences for generations to come.

Meanwhile, the new EU institutions will likely face several political challenges, including an increased fragmentation in the Parliament (judging from the polls), the UK exit and a larger presence of Eurosceptic groups urging less EU-level intervention overall. This makes the role of thought-leaders and innovation at various levels ever more important, as well as the need to identify effective measures that can manoeuvre the political landscape.

An autumn 2018 Eurobarometer[1] showed that Swedes see climate change and the environment as two of the three most important issues currently facing the EU (46% of Swedes see climate change as the most important issue; in EU-28 this figure is 16%). This makes Sweden an important voice in advancing sustainability at EU level. It also gives aspirant Swedish MEPs a responsibility to clarify to their voters how they intend to act in the coming five years to address these challenges.

All MEP candidates concurred to climate change being a – or the – top priority for the EU in the next term and onwards. Several candidates also picked up on the recommendations from SEI and others to monitor and incorporate consumption-based emissions and impacts at EU-level to improve the link between consumption and policy responses. The need to make sure the transition is socially just was also supported by the candidates, providing a number of different suggestions for how this can be achieved.

Other key messages from the day include:

The seminar was part of a series of similar discussions initiated as part of the Think 2030 platform with the objective to help inform an evidence-based sustainability debate ahead of the elections.

Panellists (together with researchers) 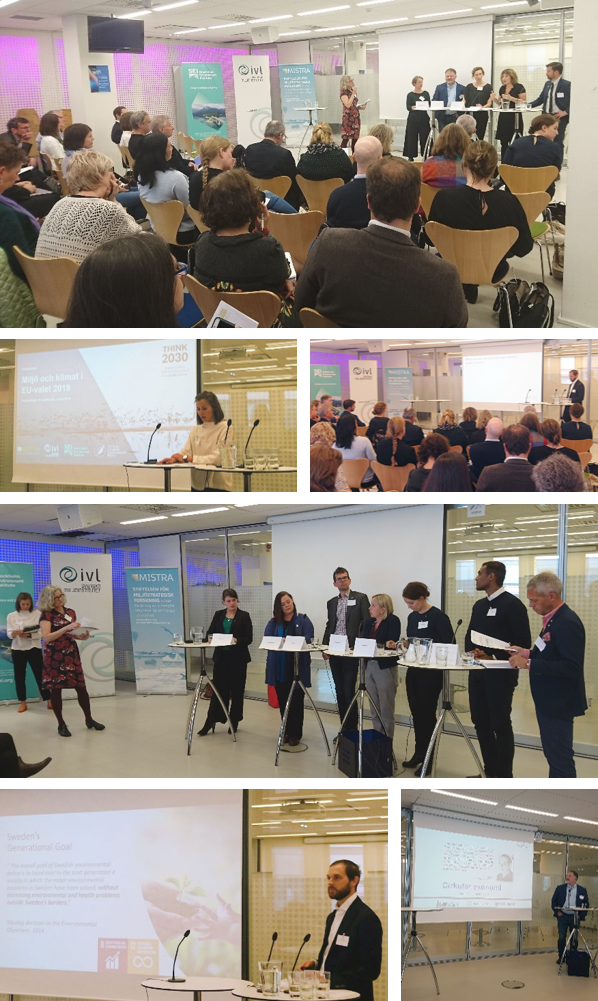