Why an EU framework for sustainable food is crucial for climate, biodiversity and competitiveness

In her plans for 2023 addressed to the EU Parliament, President of the EU Commission von der Leyen did not mention the proposal for a Sustainable Food System legislative framework (SFSF). This created speculation about the timeframe of this key proposal which has been put forward as a cornerstone of the EU Green Deal for the agri-food sector. This blogpost, co-signed by members of the Think Sustainable Europe network, underlines the importance of the SFSF to be proposed next year in order to drive a sustainable transition of the EU food system, given the urgency of such a transition.

Addressing social and environmental spillovers in the fertiliser sector

The European Green Deal (EGD) implementation would make Europe the first climate-neutral continent by 2050 by reducing GHG emissions by 55% compared with the 1990 levels. The agriculture sector will have a key role to play to reach this objective as it is expected to become the single largest emission source in the EU by 2030.

This new report reveals the scepticism of sustainability experts regarding the implementation status of the European Green Deal in the short term, but some cautious optimism post-2024. Based on insights from over 300 experts, the Green Deal Barometer provides recommendations for taking forward the implementation in the current crisis.

On 29 and 30 June 2022, IEEP and IDDRI welcomed members of the Think2030 platform at Sciences Po, Paris to discuss the implementation status of the European Green Deal. This report is a summary of a two-day discussion among national and EU-level policymakers, experts, representatives of civil society and the private sector on how to make the Green Deal a reality.

Will the Czech Presidency speed up or slow down the implementation of the European Green Deal?

When Ursula von der Leyen presented one of the most ambitious political projects to date in EU history, aiming at making Europe the first climate-neutral continent, nobody could imagine that just a few months later, an unprecedented pandemic would lock down the whole EU. Yet, and despite strong pushes to derail the European Green Deal agenda as an immediate reply to the crisis, the Green Deal stayed afloat and was even slightly boosted through the national recovery and resilient plans.

Next week, join 200+ experts for the third edition of the Think2030 conference, co-organised by IEEP and IDDRI at Sciences Po in Paris.

Event | Russia’s war in Ukraine: Why doubling down on the Green Deal is the best strategy

Organised during the EU Green Week, this event will look at the impact of the war in Ukraine on the implementation of the Green Deal.

Reducing European fertiliser and feed dependency through the CAP

This brief reviews how far EU Member States’ CAP Strategic Plans address dependence on fertilisers and animal feed, and how action in this area could be stepped up before the Plans are approved by the European Commission.

Save the date! Third edition of the Think2030 conference on 29 and 30 June in Paris

The Think2030 conference is back for its third edition! This in-person event, co-organised by IEEP and IDDRI, will centre the discussion on European Green Deal implementation by 2024 and beyond.

European Green Deal Barometer: Share your views on the implementation of the Green Deal!

What’s next for the Green Deal? Contribute to the second edition of the European Green Deal Barometer, IEEP’s annual consultation on the implementation status of the Green Deal.

This briefing reviews existing evidence on the impact of environmental degradation on European food availability in the long run, if food systems are to remain as they are. It focuses on climate change, biodiversity loss and soil degradation.

To reduce the impact of the war in Ukraine on global food security, many European actors propose to increase production in the EU, regardless of the associated environmental costs. This blog post intends to refocus the debate on more fundamental concerns highlighted by the food crisis.

In 2021, the European Commission committed to ending the use of cages for farmed animals within the EU before the end of 2023, but no estimate of the costs of compliance with the proposed legislation has been published as yet. This report considers the question of which sources of public funding, EU and national, could be used to aid the transition, alongside the contributions of producers themselves and others in the food chain.

Event | Unlocking the potential of biocontrol

This event co-organised by IBMA Global, IBMA France and IEEP will highlight the opportunities that biocontrol can offer in order to reach the objectives of the European Green Deal and the Farm to Fork Strategy.

This study analyses the water needs of the agricultural sector in France, Spain and Romania and the related public interventions planned in the national recovery plans. Based on the results obtained at the national level, it proposes a set of recommendations and changes needed on farms to adapt to current and future water availability.

Carbon farming refers to sequestering and storing carbon and/or reducing greenhouse gas emissions at farm level. It offers significant but uncertain mitigation potential in the EU, can deliver co-benefits to farmers and society, but also carries risks that need to be managed.

Designing environmental regulation of agricultural imports: Options and considerations for the UK

The UK is developing an ambitious agri-food strategy based on a liberalised approach to trade policy tempered with safeguarding important standards. This Think Piece commissioned by WWF UK examines the potential for designing Core Environmental Standards (CES) to agri-food products, including those imported to the UK, and aims to offer new impetus and some practical ideas to bring environmental standards into UK trade policy.

IEEP is looking for a contractor to develop and carry out a stakeholder consultation survey on the implementation of the European Green Deal. More information can be found in the download document.

The time has come for a Just Transition in agriculture

A just transition urgently needs to be planned and enacted for European agriculture. A new paper by IEEP looks into how, at a critical moment in decisions over how CAP subsidies are spent.

Just transition in the EU agriculture and land use sector

A just transition urgently needs to be planned and enacted for European agriculture. This new paper by IEEP looks into how, at a critical moment in decisions over how CAP subsidies are spent. 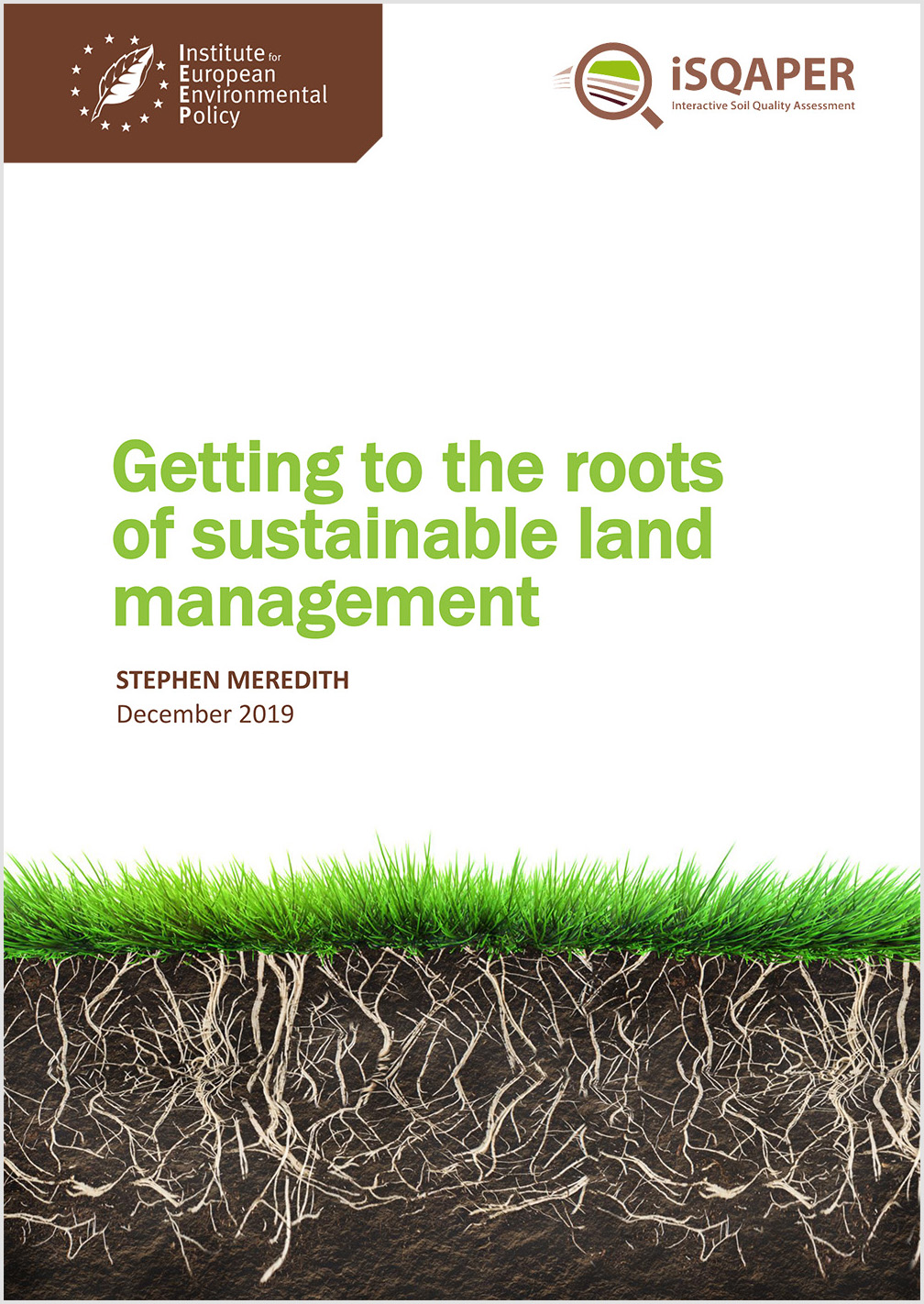